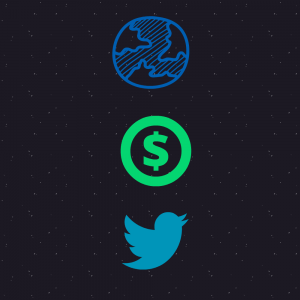 What is the BEST way to make money with social media?

Sponsored posts are when a company pays an individual to share their content on their social media accounts.

For example, a clothing company might pay a celebrity several thousand dollars to wear their hottest new fashion
item in a picture on their social media accounts and mention the brand in the post.

People are making hundreds, even thousands of dollars to share content. Including the time it takes to close the
deal with the sponsoring company, it might take anywhere from ten minutes to a couple of hours to get paid this
much money. It’s absolutely incredible!

Of course, companies aren’t going to pay a fortune to advertise on just ANY social media account.

There are three main elements to having a social media account that will get you the big sponsorship dollars:

Numbers, of course, are important. The larger your following, the more likely it is you will be approached
by brands looking to sponsor you.

But beyond that, you need to have a targeted following. You need a following that a company can look at and
instantly know it would be a good fit for their brand.

For example, Kim Kardashian has built a huge following of people who admire her fashion and beauty styles.
Companies who sell clothing, shoes, accessories, and cosmetics pay her big bucks to advertise their products
to her followers.

In fact, these days, companies are looking more at your engagement rate than they do your total follower numbers.

The main reason for that is because anyone can get a large following these days just by buying them. You can
either run ads, or you can buy followers from companies that specifically deal in that. But those accounts are
often used ONLY for following you when you buy a batch of followers, so they won’t EVER engage with any of your
content. It just artificially inflates your follower numbers.

A number of high profile bloggers have been busted for buying followers in recent years, and it really hurt
their reputation. They were selling sponsored posts based on their follower counts, which were highly
inflated with fake accounts. This is dishonest, unethical, and potentially grounds for legal action.
Don’t do it!

That’s it for our series on making money with social media. I hope you enjoyed it, and I hope
you will start making use of it right away.