Internet Advertising on a New Level 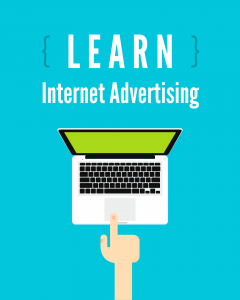 Many Websites, offering advertising solutions, will promise the world, wittingly hiding their true agenda. Internet advertising veterans are familiar with which methods work and which are offered for ulterior motives. However, this comes from experience and, in many cases, moderate expense. Advertising on the internet is still evolving. New ideas are born, and old ones die, almost daily. Because of this, novel advertisers should familiarize themselves with forms of advertising offered before pursuing the solution.

This is a new craze, often referred to as, “Million Dollar Page Advertising”. To summarize, this is a Web-page displaying a large grid. Businesses can purchase pixels, or squares, of the grid. Generally, each pixel cost one dollar. Within the pixels purchased, the business can feature an image that is linked to their Website.

The pixel advertising concept was conceived by 22-year-old, Alex Tew. He developed the original, “Million Dollar Homepage”. Alex’s creation generated Media frenzy, because the idea was simple and original. This frenzy gave lots of weight to his pixel ad solution, so much weight that Alex’s page actually did generate one million dollars. This was achieved by selling a million, one dollar pixels. The mind set for advertisers’ was, buy a lot of pixels and your ad would standout from others.

For the most part, pixel advertising will not generate sales. The primary motive, behind advertising on such a venue has evolved to increasing Search Engine recognition for a Website. Once again, this may be from the excellent recognition Alex’s page received. The motive of the business offering the solution is to get rich, period. The vast array of pages offering such a solution will not help search engines understand the premise of a Website. They lack organization and focus.

Often considered the most powerful form of advertising and often misunderstood. Some business professionals shy away from Viral Advertising ideas, simply because the term, “Viral”. Despite the common fear of the word, there is nothing wrong with Viral Advertising. To summarize, it simply means Advertising that will continue to spread through the Internet on its own or with little interaction.

Viral Advertising starts with a simple product, feature, service, or idea. It is then offered to the internet community for free. Typically, the advertisement offers something to those who display it. A common example would be Googles’ Site Search. They are offering a powerful utility, to Website Developers, which allows visitors to search the displaying Website. In addition, the visitors can also search the Internet, from the Publishing Website. This could easily introduce or familiarize new users with Google. That is a very powerful Viral Advertising Campaign.

It should be understood, there is no pure format to Viral Advertising. It’s a very broad spectrum that comes in many forms. It requires imagination and vision from the business launching the campaign. It’s simply releasing something that is desired by many and watching it spread. It can be a free program, Website Content, or a utility which improves upon a Website. Moreover, it could be something you, the reader, believes many people would want. If one should find themselves wondering, why something is being given away for free, they are probably witnessing a Viral Advertising Campaign.

A commonly scrupulous Viral Advertising campaign is a modification to Pyramid Sales Schemes. Many developers have probably stumbled upon Internet Sites promising exponential display of any advertisement. The craze has died out a bit, but it still lurks.

What’s really cooking here? We start with the Website offering exponential display of any Internet Sites Advertisement. Let’s call it the Mother Site. In the beginning, Mother is seeking two Websites, to display her advertisement (Typically to the effect of, “Generate 5,000 Visitors in 90 days Guaranteed). After Mother finds two Children, she starts seeking four Grand Children, to display two ads. On all four of the next Internet sites will be Mothers’ ad. The two children will be divided.

Basically, Mother now has six ads and her children have two. Mother is advertising nobody. Once mother has four Grandchildren, see seeks eight great children to display three ads. On all eight, they advertise Great Grandmother. Then the tree gets divided again. The Grandparents get their ad displayed on four of the sites. The parents have their ads shown on two of the sites. This ad campaign continues to grow, as the original site finds more off-spring.

Here is a simple numeric illustration that may help visualize what is happening:

This one of the oldest forms of Internet Advertising we could embark upon. At one point, banners become such a nuisance, software was developed that blocked banner-ads from being shown on Internet Browsers. Today, it’s fairly common to find this software is included with every variant to a Web Browser offered (Block Images from this Domain). If displaying a banner, it may not be wise to pay for every page view. There is a good chance many visitors to the Website will not see the banner at all.